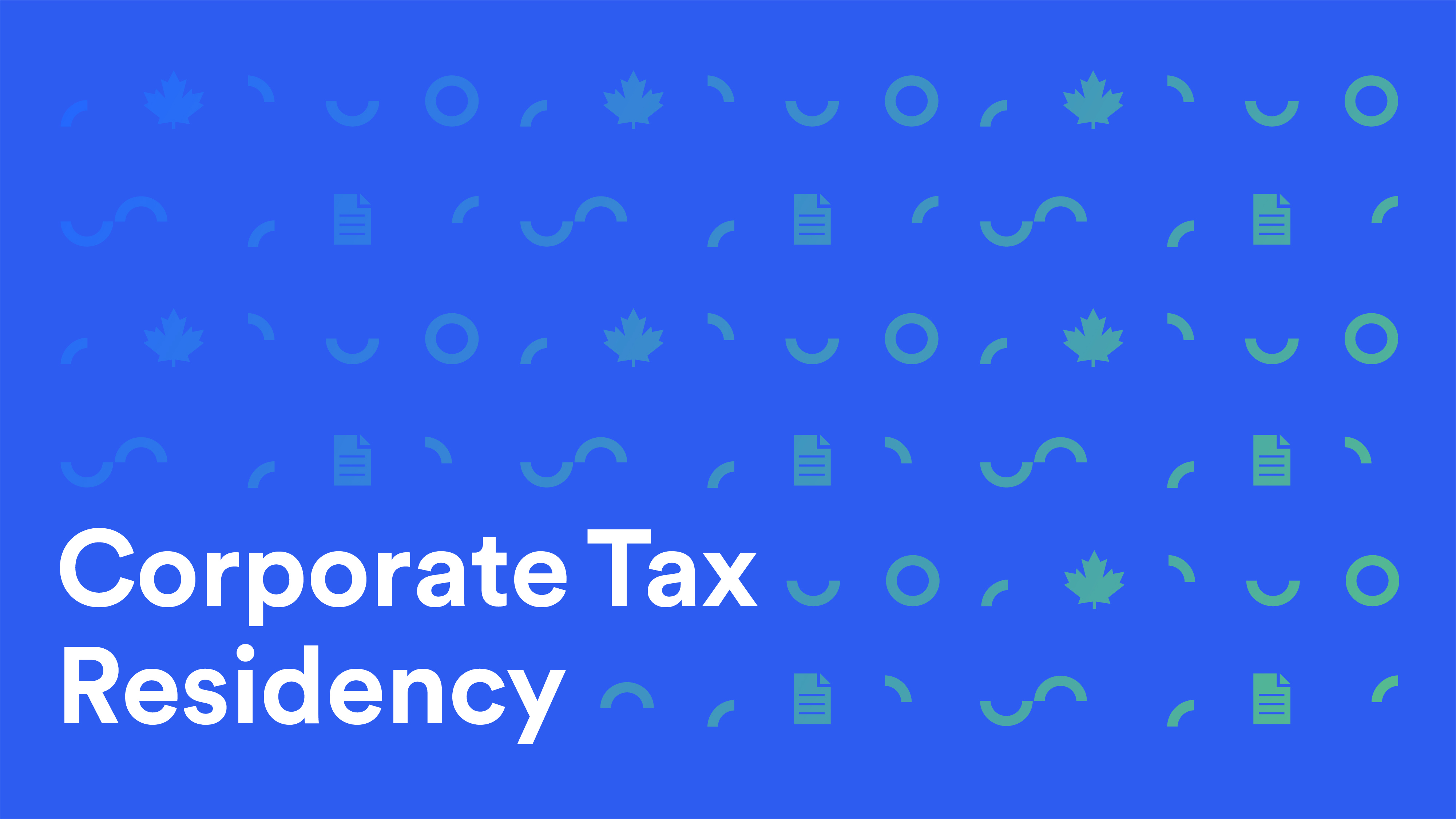 *Thompson Reuters considers the authors “leading tax experts and litigators”. The authors agreed to grant TR partial rights to this work. This article first appeared in TR’s, Practical Insights in May 2020.*

The relevant considerations for determining a corporation’s central management and control are as follows:

However, the Agency has, in some cases, confused the common-law test and adopted the position that the decision makers’ residence is relevant when determining a corporation’s central management and control. In fact, the Agency has gone so far as to conclude that a corporation is resident in Canada solely because the corporation’s decision makers are resident in Canada under the ITA, even when the decision makers spent most of their time outside of Canada. In particular, see the following excerpt from the Agency’s audit proposal letter: “…all material transactions with respect to [the corporation] were directed by persons resident in the Province of X, Canada (namely [Ms. X] and [Ms. Y]). As a result, [corporation X] is considered to be a resident of Canada for income tax purposes.”

It is clear that the Agency’s emphasis on the decision makers’ residence for tax purposes is wrong. However, we understand the natural tendency to assume that individuals make decisions in the place that they are resident. In these circumstances, corporations seeking to avoid being resident in Canada should consider having the majority of the strategic decision makers reside outside of Canada.

Note that installing nominee directors outside of Canada will not achieve this purpose because the Agency and the courts will look at who actually makes the strategic business decisions, regardless of title. If it is not possible for the majority of the strategic decision makers not to be resident in Canada, the decision makers should take extreme care making strategic management decisions only at meetings held outside of Canada. The corporation should carefully record the strategic decision makers’ travel records and should record minutes of the meetings so that the corporation can defend against a potential Agency proposal that the corporation’s central management and control is in Canada.